What are DirectX 12 compatible graphics and WDDM 2.x

313
4
Windows 11 may be the Windows operating system with the highest hardware requirements so far. Based on the minimum configuration requirements announced by Microsoft, it is unlikely that computers currently running Windows 7 will run Windows 11 through upgrade or installation.
Minimum requirements for Windows 11

We have introduced Windows 11 supported processors, What is UEFI, How to convert MBR to GPT, How to enable Secure Boot in BIOS settings, What is TPM and How to enable TPM in previous articles. For more details, please click the corresponding link to view them. In this article, we will introduce what is DirectX 12 compatible graphics, what is WDDM, and how to know if my graphics card meets the requirements?

DirectX is a set of components in Windows, implemented by the C++ programming language and following COM, which allows software, especially games, to work directly with your video and audio hardware. Games that use DirectX can more effectively use the multimedia accelerator function built into the hardware, thereby improving the overall multimedia experience.
DirectX 12 is the latest version of DirectX, which is an important upgrade of the Windows 10 system. The biggest difference from previous versions is that it has changed the way it has been running. Previously, the instructions issued by developers when developing games often required multiple levels of applications, DirectX, graphics drivers, system kernels, etc. to be finally communicated to the graphics hardware. This process was time-consuming and inefficient. But DirectX12 is different. It allows developers to directly issue instructions to the graphics card hardware, which gives developers maximum freedom and also doubles development efficiency.

WDDM is short for Windows Display Driver Model. WDDM is the graphics display driver architecture introduced in Windows Vista (WDDM v1.0). WDDM is required starting with Windows 8 (WDDM v1.2). If display hardware is attached to a Windows 8 computer without a driver that is certified to support WDDM 1.2 or later, the system defaults to running the Microsoft Basic Display Driver.

How to know the DirectX and WDDM version?

We can easily know the version of DirectX and WDDM in the current system, and only need to use a built-in tool in the Windows system, the DirectX Diagnostic Tool (dxdiag.exe).
1) Press Win + r to open the Run window.
2) Type dxdiag.exe and press Enter. 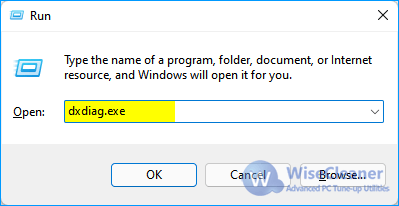 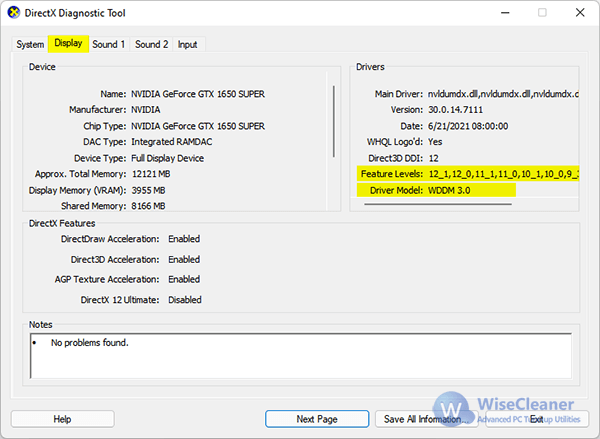 The DirectX Diagnostic Tool (dxdiag.exe) does not display the DirectX and WDDM versions but also displays the system boot type (UEFI or Legacy). If you want to know whether your computer's other hardware meets the requirements of windows11, please click here How to check the compatibility for your PC and Windows 11
13 1