Is WLAN the same as Wi-Fi

307
24
With the development of technology, mobile phones and computers have become necessities for people's lives and work. I don’t know if you have noticed that when we connected the mobile phone to Wi-Fi, we found that the mobile phone was set to connect to the Wi-Fi interface, the name was WLAN. Also, the Wi-Fi function we use to connect to the laptop is also WLAN. Is WLAN the same as Wi-Fi? What is the connection and difference between them? This article takes you to find out. 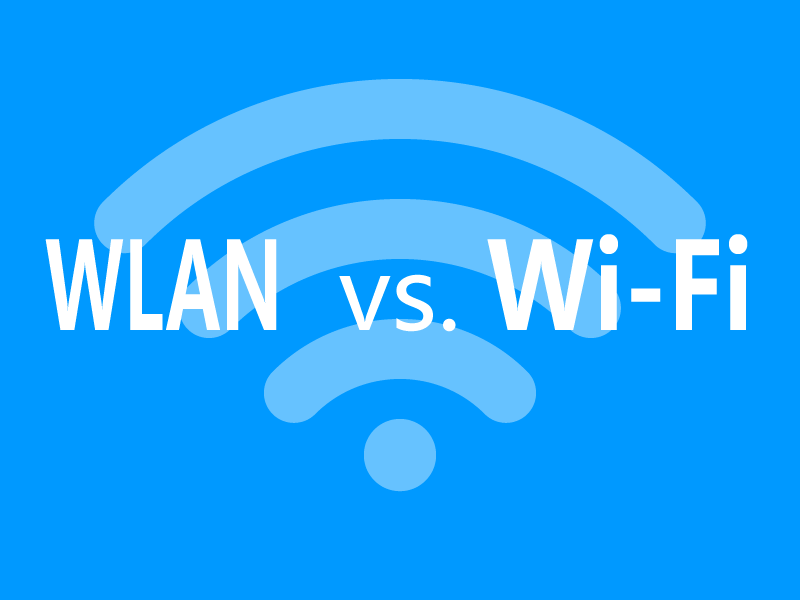 About WLAN and Wi-Fi

WLAN is the abbreviation of "Wireless Local Area Network". It refers to the application of wireless communication technology to interconnect computer equipment to form a network system that can communicate with each other and realize resource sharing. The essential feature of a wireless local area network is that it no longer uses a communication cable to connect the computer to the network, but uses wireless means such as radio waves or electric and magnetic fields as the medium for data transmission so that the construction of the network and the movement of the terminal are more flexible.

Wi-Fi is the abbreviation of "wireless fidelity", also known as "wireless hotspot" or "wireless network", and is a trademark of the Wi-Fi Alliance. It is a wireless LAN technology based on the IEEE 802.11 standard. "Wi-Fi" is often written as "WiFi" or "Wifi", but these wordings are not recognized by the Wi-Fi Alliance.

The connections between WLAN and Wi-Fi

From a global perspective, WLAN includes two protocol standards: one is the IEEE 802.11 series standards (including 802.11a/b/g/n/ac, etc.) proposed by the American Industry Standards Organization, and the other is the WAPI standard proposed by China. WAPI is short for Wireless LAN Authentication and Privacy Infrastructure. It is a wireless LAN authentication and confidentiality infrastructure, a security protocol, and a mandatory standard for China's wireless LAN security. 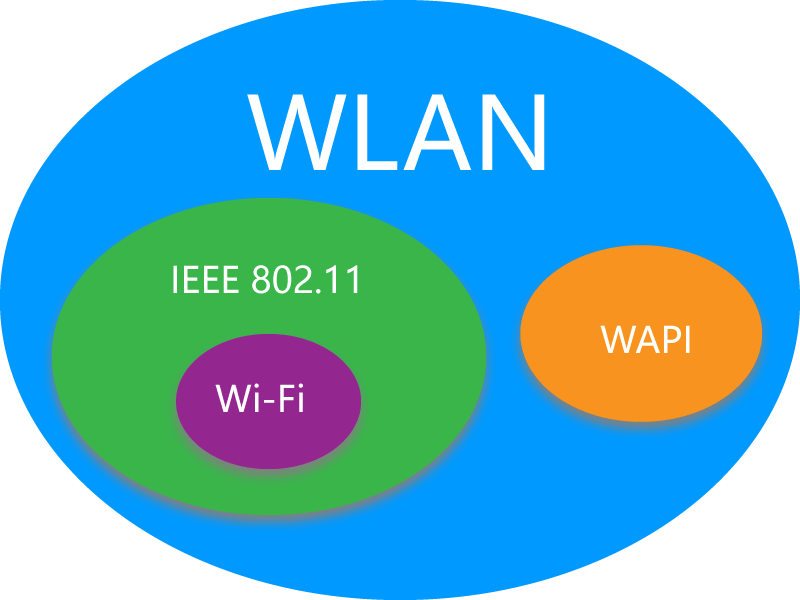 In terms of inclusion relationship, Wi-Fi is a standard of WLAN, and Wi-Fi is included in WLAN, which is a new technology that adopts WLAN protocol.

The differences between WLAN and Wi-Fi

2. The wireless signal coverage is different.
The biggest difference between WLAN and Wi-Fi is network coverage. Because the WLAN network is more flexible, simple to install, low in deployment cost, and better in expansion capabilities, the transmission range of the WLAN network is very wide. The coverage of Wi-Fi can reach about 300 feet, and the maximum of WLAN can reach 5KM. Of course, an antenna needs to be added to reach this range.

Although many people confuse Wi-Fi with WLAN, in fact, Wi-Fi is only a part of WLAN technology. In layman's terms, Wi-Fi is actually one of WLAN wireless network technologies. To put it simply, "WLAN is a larger WIFI with a coverage radius of 2-3 kilometers. Wi-Fi is a smaller WLAN with a coverage range of 20-30 meters."