The differences between SSD and HDD 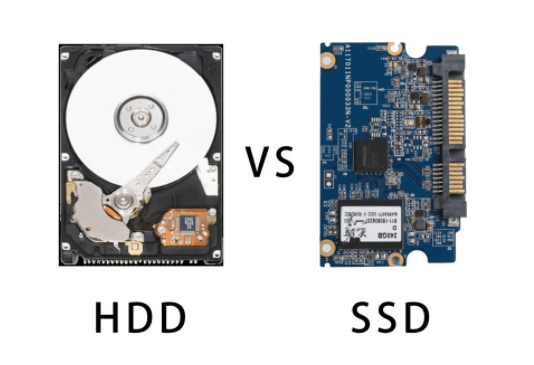 About HDD and SSD

Comparison and Differences between SSD and HDD

Data Security
We all know that the traditional hard disk drive reads and writes data through the magnetic head to read the disk. The collision between the disk and the magnetic head during high-speed rotation is more likely to cause data damage, and it is also easy to cause damage to the disk during transportation. Damage causes data loss, and the solid-state drive has no disc, so as long as the chip is not deformed by the shape of the squeeze, the data can be safely stored, so the difference between the solid-state drive and the hard disk drive in terms of data security is very big. However, once the data in the SSD is lost, it is not easy to recover. On the contrary, a traditional hard disk drive can also recover a lot of data through sector recovery technology. Of course, the data recovery service of a hard disk drive is extremely expensive and usually only used by enterprises to save important valuable data.

Life
The working principles of SSD and HDD are different. The SSD is composed of flash memory particles, and the read speed is much faster than that of an HDD. However, the service life of SSD is not as long as HDD, and the number of reading times of SSD is limited.
Wise Registry Cleaner is a free Windows registry cleaner and optimizer. Some optimization features can extend the life of SSD disks. 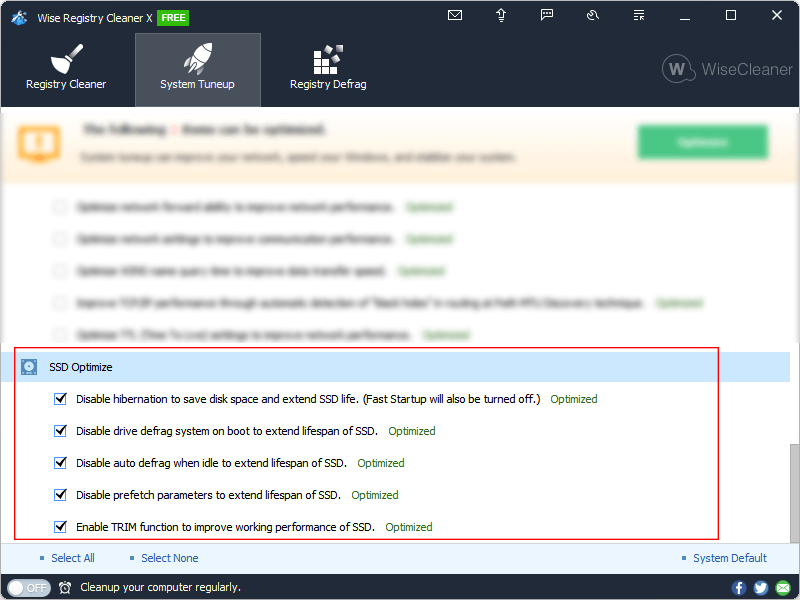 Noise
Because the internal structure of SSD and HDD is completely different, there are only memory chips and circuit boards inside the SSD, and there is almost no noise during operation. And there is a high-speed motor inside the HDD, which will make noise and vibration when it is running. If the vibration resonates with your case, the sound is really disturbing.

Resistance to Shock
HDD has high-speed rotating magnetic heads inside, and their shock resistance is very poor. Therefore, if a general HDD is used in motion or vibration, it is easy to damage the hard disk. The SSD adopts a chip storage solution and has no internal magnetic head. It is not afraid of collision, shock, and vibration. It has super shock resistance, so that it will not affect normal use even when it is moved at high speed or even when it is tilted. In the event of an accidental fall or collision with a hard object, the possibility of data loss can be minimized.

This is a table comparison between SSD and HDD, which is more intuitive to read.

As far as the performance of various accessories in the current computer is concerned, the performance of the hard disk is the biggest shortcoming among them. Even if the other hardware configuration is high, if the hard disk performance is insufficient, it will seriously affect the user experience. Through the comparison of SSD and HDD, we know that although the appearance of SSD has brought a certain impact to HDD, at present, SSD cannot completely replace HDD. In the field of hard drives, they still have their own advantages. The HDD has a large capacity and a low price, and data loss can be recovered. SSD has lower random read and write latency, strong shock resistance, and zero noise. Computer users can choose a suitable hard disk according to their needs.