What is the difference between AMD FSR and Nvidia DLSS

AMD's newly launched FSR (FidelityFX Super Resolution) at Computex 2021, in fact, NVIDIA also has similar technology, and it was launched even earlier, which is DLSS (Deep Learning Super Sampling). What is the difference between them?

The so-called super-sampling technology is to render the game screen with a lower resolution and then stretch it into a high-resolution display. For example, the output of the 1080P rendered screen is 2K/4K resolution to achieve the purpose of increasing the number of frames. The "super-sampling" refers to multiple sampling and analysis of each pixel to better simulate the actual effect under high resolution, such as analyzing which color is most suitable after a certain point is stretched.

Compared with the direct stretching method of one sampling point per pixel/color block, the performance of super-sampling technology is much better, but this obviously consumes more resources than direct stretching. This is where the "AI" is used. It can analyze multiple sampling points more quickly, and can also determine the direction of pixel movement and blanking. For example, if the character moves but the scene does not change, it can reduce the rendering of the scene and save resources.

DLSS's super-sampling implementation method is "deep learning", special learning and reasoning for the game, theoretically the best optimization for all scenes in the game, for example, some scenes need to be coarse or fine, or borrow previous scenes Picture and so on. But its learning requires a process. Even if it has already learned for a game engine (e.g., Unreal), it has to adjust the engine-based games, and there will be situations where the longer the game and DLSS are published, the better the effect. 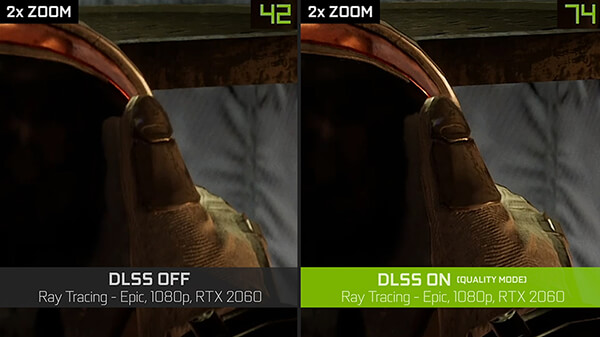 As for FSR, from the current description, it pays special attention to versatility when it is released. As long as game manufacturers are willing to support this open-source technology, they do not need to cooperate with AMD for AI analysis. This kind of solution that needs to be generalized and intelligent is obviously not easy to achieve, so FSR has been delayed for so long, and even the RX 6000 graphics card can be officially launched more than half a year after its launch.

FSR can adapt to the game at one time, and the bug will be resolved with the game version upgrade, regardless of driver and FSR upgrade. This is very suitable for game consoles and also suitable for players who are afraid of trouble. The disadvantage is that its effect will basically freeze after the game exits. It is unlikely that the longer the run-in time, the better the effect will be like DLSS. Only when the game kernel and drivers, and even the hardware are upgraded, can the effect be significantly improved. 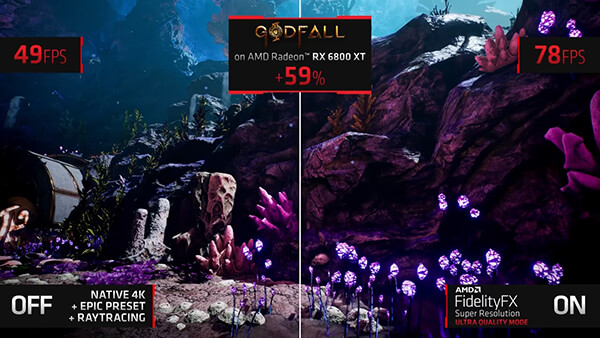 Since there is no game that can support both DLSS and FSR at the same time, it is difficult to say who has the best picture and whose frame rate is high. If you are particularly enthusiastic about a certain game, which affects the choice of graphic card, then it depends on the game’s support for the two technologies.